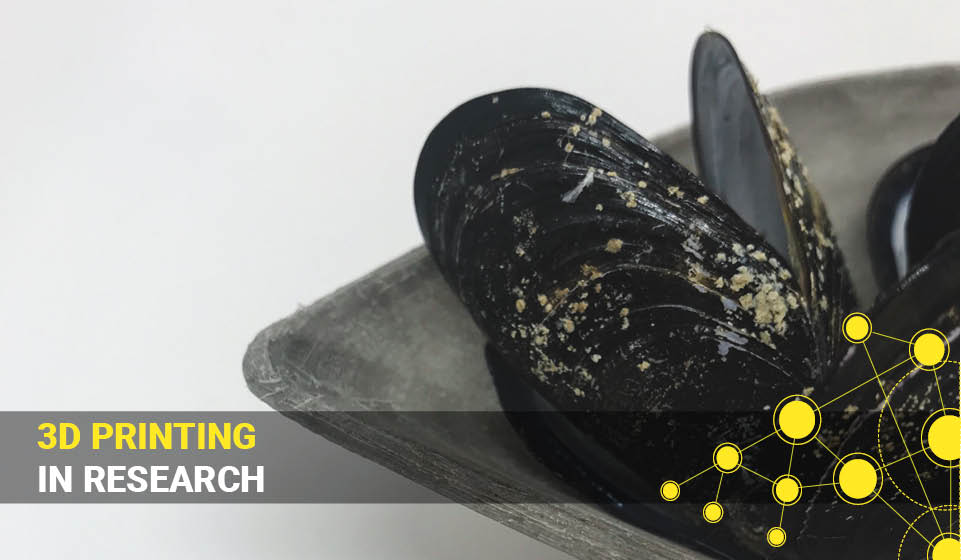 18 Jan A dinner with Felfil: filament with mussels shells

Posted at 15:58h in 3D Printing in Research by Francesco

As widely reported, in the last months the European Parliament has voted to ban single-use plastics in an attempt to stop the unending stream of plastic pollution diving into the oceans. This means that items such as plastic straws, cotton swabs, disposable plastic plates and cutlery would be banned from the EU by 2021; hopefully, they will be replaced by new eco-sustainable materials, such as the ones made from organic materials.

It is possible that these materials could be made from food wastes. Preferably, they will have some specific properties: easy availability, high percentage of waste compared to the food volume, low price.

Mussels have all these characteristics: the inner part that can be eaten is really small compared to the shell. So, wondered Chiara Stopponi from the Polytechnic of Milan, why not try to use them to create partially organic filament for 3D printers?

The idea eventually became her thesis, and she reached us since she identified Felfil Evo as her tool of choice to extrude such organic filament. In theory, mussels shells are suitable: they are composed for 96% of calcium carbonate (CaCO3; many different rocks are made of it), and filaments made of a mixture of ground stone particles in combination with polymers already exist. Moreover, the shells are easier to crush than stones: all that is needed is a pestle and some patience.

Want to experiment different polymers for your filament? Do it with Felfil Evo, discover how!

Using mussels shells to create new mixtures is a very good way to reuse the waste coming from the food chain. Actually, the extrusion of “mussels filament” was successful, and it was good for a normal 3D printer. We used about 20% of ground shells; the remaining 80% was PLA. Increasing the percentage of mussels shells still allowed extrusion, but then the printer would get stuck. The resulting filament, moreover, had a pleasing glittering, due to the micro shells parts, and a grey color.

Even though the percentage of shells used in the filament might seem small, the numbers are impressive at large scale: the main mussels producers in Europe range from 65.000 tons per year (Italy) to 200.000 (Spain), while the per capita consumption goes from 200 grams to 4 kg. Moreover, the seafood industry every year tosses over 7 million tonnes of shellfishes, and most of them end in the sea or in some dump. Hence, being able to reuse a part of the waste to create new filament could be great.

Felfil Evo allows to experiment extrusion with many materials: if you want to learn more, click the link below to contact us!