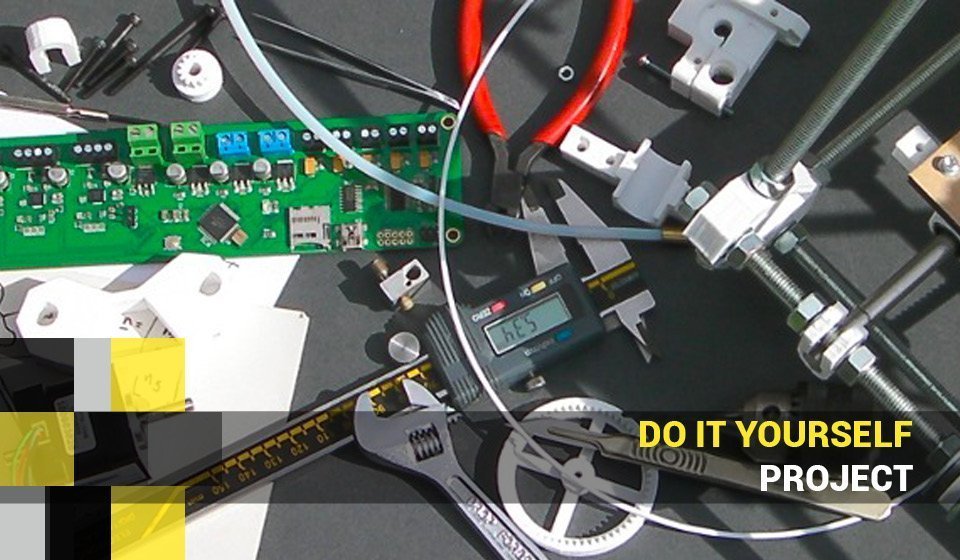 Self-replicating technology is a topic which has always been fascinating to science fiction enthusiasts. Given all the possibilities we have thanks to 3D printing, an inevitable question comes to mind: is it possible to print a 3D printer, using another 3D printer?

A 3D printer, as we know, can print an incredible number of stuffs: and there a lot of imaginative projects online. Starting from the claws of Wolverin created for a Halloween costume, to more traditional productions, like accessories made with recycled plastic wastes.

In 2004, the most incredible theory of science fiction seems to become real: that year, Adrian Bowyer, Senior Lecturer in mechanical engineering at the University of Bath in the United Kingdom, created the Replicating Rapid Prototyper project.

Known by supporters as RepRap, it is an open-source movement which aims to engineer and build a 3D printer capable of printing most of its own parts. The basic goal of Reprap is to make everyone able to print basic everyday life artefacts, lowering costs and expertise needed to build a printer.

RepRap and the open-source movements share almost the same philosophy: once someone owns a 3D printer, it is possible to freely download .STL project files with the instructions to build a new printer; then, step by step, the chain of printing parts – building a printer can go on forever. In this way, the final step is a change in the entire production system: people will be enabled to print on their own every artifact they need, at any time.

Since when it was created, RepRap has developed a lot: new models of printers have been made starting from the original prototype, and also the basic technology, thanks to its open-source nature, evolved fast.

Every maker has, in fact, been influenced by open-source ideals: hence, Felfil Evo, our domestic filament extruder, was created with this philosophy in mind. Felfil project source files are available for free download, in order to allow everyone to build the whole on their own the whole filament extruder.

Discover what you can do with Felfil Evo in your MakerSpace

To date, anyway, it is not possible to print a 3D printer using another 3D printer entirely, due to the requirements for strength, mechanical tolerances and electronics; especially the motors pose a lot of limitations. However, most of the static parts can be printed: and being able to manufacture even a small part is a great achievement.