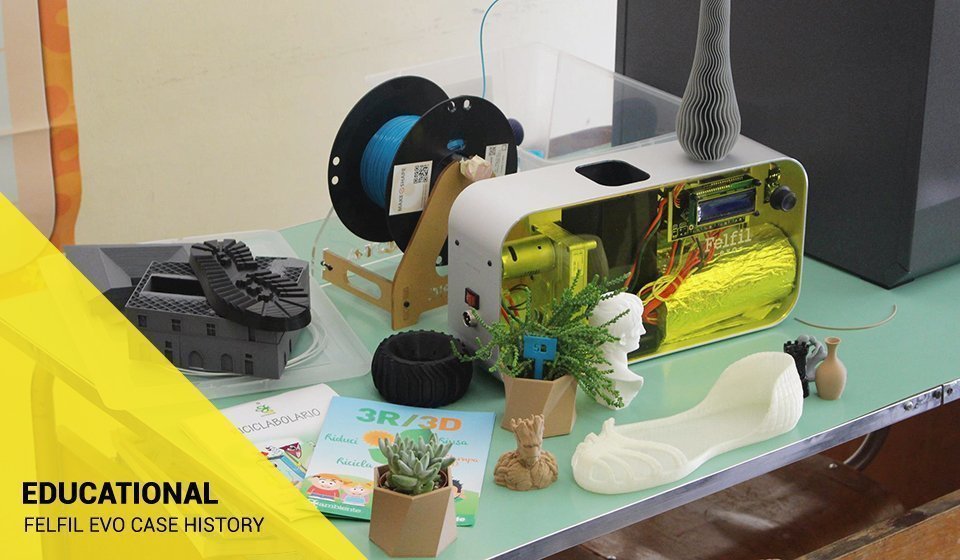 Posted at 15:28h in 3D Printing at School by fabrizio

Helping young minds to understand the concepts of recycling and conscious reuse of plastic waste is the goal of the “3R-3D” project that Fare Verde Abruzzo brought to Sora’s elementary and secondary schools with the support of Ambiente Surl, a company that occupies separate waste collection in cities.

The name of the project is the manifestation of two concepts:

The waste awareness that each of us produces and creativity are the keys of the whole circular process: understand how to reuse plastic waste and recreate items ready for use thanks to new 3D printing and extrusion technologies using our filament extruder Felfil Evo. 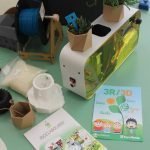 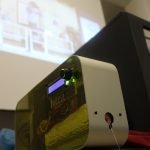 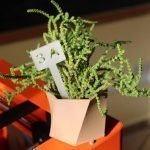 The workshop has been designed in two phases developing a small game, the “shopping game”, with which the students were involved: in the first phase, simple and daily actions were analyzed, such as shopping and eating a meal, understand how much waste is produced.

In the second phase, with the 3D printer, the circular process of recycling plastic has been explained by creating small gadgets for the classroom from the material of the discarded objects.

Download our mini e-book to prepare your Digital Lab and hang the poster in your classroom!

In addition to a 3Dprinter, our filament extruder Felfil Evo has been used to turn the refused plastic objects and meeting places into flakes, in a filament to use with the 3Dprinter. 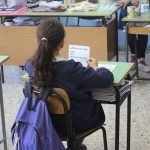 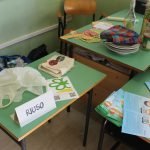 The involved institutes have been: the primary school “Alberto La Fortress – Valleradice” of Sora, the institute “Achille Lauri” and the scholastic institute “St. Rocco” of Sora.

The students, as it is read in a press release of the association, they have been a lot you participate during the laboratories and they have manifested as curiosity with questions and games waiting with anxiety to see 3Dprinter working.